If any of the topic will grow enough I will put it into a separate post. To get in-depth understanding I recommend for:

There are two types of activation functions: saturating and non-saturating. Saturating means that such function squeezes the input.

Useful article and ReLu vs Softmax. Also part of cs231n

RNN bring much improvement over FNN due to provided internal representation of past events (a.k.a. memory). RNN-based deep learning was so successful in sequence-to-sequence (s2s) due to its capability to handle sequences well. It should be noted that RNNs are Turing-Complete (H.T. Siegelmann, 1995)), and therefore have the capacity to simulate arbitrary procedures.

RNN is thus also able to learn any measurable s2s mapping to arbitrary accuracy (B.Hammer, 2000, On the Approximation Capability of Recurrent Neural Networks). So we get great results in handwriting recognition, text generation and language modeling (Sutskever, 2014). The availability of information on past events is very important in RNN. The problem however arise, in case when lacking prior knowledge on how long the output sequence will be. It is because the training targets have to be pre-aligned with inputs and standard RNN simply maps input to output. Additionally it is not taking into account the information from past outputs. One solution is to employ structured prediction where two RNN can be used to: model input-output dependencies (transcription) and second to model output-output dependencies (prediction). This way each output depends on entire input sequence and all past outputs.

Another limitation of RNN is the size of internal state. It can be seen on an example of encoder-decoder architecture for Neural Machine Translation (NMT). Here the encoder gets entire input sequence word by word while updating its internal state. While the decoder decodes it into e.g. other language. 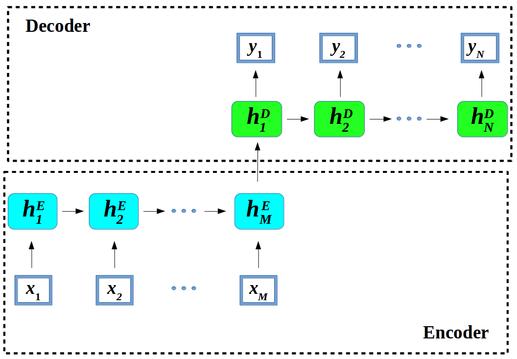 Figure 1. Encoder-decoder architecture – example of a general approach for NMT. An encoder converts a source sentence into a "meaning" vector which is passed through a decoder to produce a translation.

Additionally, there is a problem with the encoder’s state \(h^{E}_m\), as a compressed and fixed-length vector. It must contain whole information on the source sentence. This looses some information2. One can try to use some heuristics that can help to overcome this issue and improve performance of RNN:

To avoid the memorization problem there has been research on the attention mechanism.

The most intuitive attention definition I know is the one contained within paper about Transformer architecture:

An attention function can be described as mapping a query and a set of key-value pairs to an output, where the query, keys, values, and output are all vectors. The output is computed as a weighted sum of the values, where the weight assigned to each value is computed by a compatibility function of the query with the corresponding key.

We will try to formalize this (let me know your suggestions) in the following form:

Concretely, an attention mechanism is distribution of weights over the input states. It takes any number of inputs \({x_1, ..., x_k}\), and a query \(q\), and then produces weights \({\theta_1, ..., \theta_k}\) for each input. This measures how much each input interacts with (or answers) the query. The output of the attention mechanism, \(out\), is therefore the weighted average of its inputs:

Hence, networks that use attention, attend only on a part of the input sequence while still providing the output sentence. So one can image it as giving an auxiliary input for the network in form of linear combination. What is the clue here is that the weights of the linear combination are controlled by the network. It has been tested across multiple areas such as NMT or speech recognition.

In an encoder-decoder architecture for the embedding (fixed size vector) of a long sentence brings the problem of long dependency (e.g. in fixed-size encoded vector \(h^E_N\), where end word of the sentence depends on the starting word \(h^E_1\)). And long dependencies, is where RNN have problems. Even though “hacks” such as reverse/double feeding of the source sentence, or the LSTMs (memory), are sometimes improving the performance however, they do not always work perfectly5. It is because the state and the gradient in LSTM would start to make the gradient vanish. It is called “long” time memory but its not that long to work e.g. for 2000 words. This is where convolutions came in. 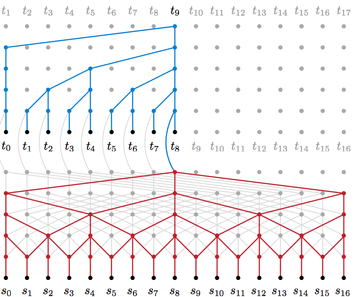 This is why the fixed size encoding might be a bottleneck of performance. This is where the attention comes in.

Attention is used as an alternative to memorizing and input manipulations. Here the model search for parts of a source sentence (not fixed size vector) that are relevant to predicting a target word, and it should attend to, based on what it has learned in the past Bahdanu et al., 2016. 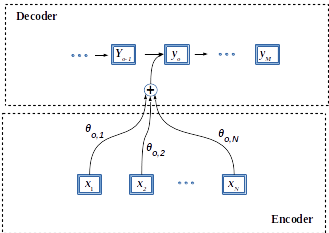 This matrix of size InputSize \(\times\) OutputSize is filled by calculating attention for each output symbol toward over every input symbol. This gives us \(\#Input^{\#Output}\). For a longer sequences it might grow intensively. This approach requires a complete look-up over all input output elements, which is not actually working as an biological attention would. Intuitively attention should discard irrelevant objects without the need to interacting with them. What is called “attention” therefore is simply a kind of memory that is available for decoder while producing every single output element. It does not need the fixed-size encoded vector of the entire input. The weights only decide which symbols/words to get from the input-memory of the encoder. This so called attention is the subject of further development in form of End-To-End Memory Networks where recurrent attention is used where where multiple computational steps (hops) are performed per output symbol. This includes reading the same sequence many times before generating output and also changing the memory content at each step.

We can of course employ backpropagation to accustom the weights in an end-to-end learning model.

In Deep Learning networks architectures the problem of vanishing gradient is very common issue. Thus, some methods has been develop to mitigate its influence on the networks’ efficiency.

Residual connection helps with the vanishing gradient problem because even if the layer nonlinearity \(f\) is not giving result the output then becomes the identity function in form of the \(\mathbf{x}\).

Usually used in non-recurrent networks (e.g. CNNs) that needs to store the order of the sequence’s input tokens in a way different than recurrent one. The RNN learn the exact position in sequence through the recurrent hidden state computation.

Simplest way to train a model (i.e. to learn) is to put input at one end and get output on the other end. With NN an end-to-end learning would simply mean optimize network weights base on single model with input and output.

There are however some cases when one model is not enough to achieve the desired output. It would then require a pipeline of independently trained models. It is most of the the case when input and output are of two distinct domains. Another case might be when NN has to many layers to fit into memory. Hence, it is required to divide this one “big” NN into a pipeline of smaller ones. As a side note, this decomposition technique might not be effective because the optimizations would be done locally based only on intermediate outputs.

The crux of ML is finding (i.e. model training) a math formula (i.e. the model) with parameters that fit best into the data. However, the training is not able to find some higher level properties of model such as complexity or speed of learning straight from the data. Those properties are referred to as hyperparameters. For each trained model hyperparameters are predefined before even training process starts. Their values are important, however requires additional work. This work is done by trying different values for hyperparameters and training different models on them. Using the tests than, decides which values of hyperparameters should be chosen i.e. is the fastest to achieve the goal, requires less steps etc. So hyperparameters can be determined from the data indirectly by using model selection.

Transfer learning is used in context of reinforced or supervised learning. Deep learning requires large datasets to perform well (avoiding overfitting etc.). The problem however arises when there is not enough data for a new task. Here is the idea to use other already existing and large datasets to fine-tunning NN to become useful for this new task with small amount of data (e.g. using features pre-trained from CNN (ConvNet) can be feed linear support vector machine (SVM) ). In other words, one can transfer the learned representation to another problem. We must however avoid negative transfer as it can slow down training of target task. Searching for function \(g()\) while having pre-trained \(h()\) use projection of new inputs \(x_i\) like this: \((h(g(x_i)))\).

Fine tuning is considered mainly in context of supervised learning. When choosing best hyperparameters for an algorithm, fine tuning involves using a large set of mechanisms that solve this problem. When adjusting the the behaviors of the algorithm to further improve performance without manipulating the model itself. When fine tuning pre-trained model might be considered equivalent to transfer learning. This is true if the data used during the fine tuning procedure is of different nature than the data that the pre-trained model has been trained on.

In machine learning problems, you typically have two components:

Neural networks are a model: given a layout and a setting of weights, the neural net produces some output. There exist some canonical methods of fitting neural nets, such as backpropagation, contrastive divergence, etc. However, the big point of neural networks is that if someone gave you the 'right' weights, you'd do well on the problem.

Evolutionary algorithms address the second part -- fitting the model. Again, there are some canonical models that go with evolutionary algorithms: for example, evolutionary programming typically tries to optimize over all programs of a particular type. However, EAs are essentially a way of finding the right parameter values for a particular model. Usually, you write your model parameters in such a way that the crossover operation is a reasonable thing to do and turn the EA crank to get a reasonable setting of parameters out.

Evolutionary algorithms are one class of strategies that can be used in machine learning, just like backpropagation and many others.

Evolutionary algorithms usually converge slowly because they make no use of gradient information. On the other hand they provide at least a chance to escape from local optima and find the global one.

Now, you could, for example, use evolutionary algorithms to train a neural network and I'm sure it's been done. However, the critical bit that EA require to work is that the crossover operation must be a reasonable thing to do -- by taking part of the parameters from one reasonable setting and the rest from another reasonable setting, you'll often end up with an even better parameter setting. Most times EA is used, this is not the case and it ends up being something like simulated annealing, only more confusing and inefficient. 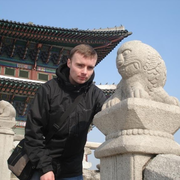